Dr Alan Ogilvie is a leading consultant psychiatrist with more than 30 years of clinical experience. He practices in Oxford and London and currently offers online consultations (e-Consultations - video or audio) nationally.

Dr Ogilvie provides a flexible, innovative and entrepreneurial approach as well as a personalised treatment plan. His areas of expertise include bipolar disorders, mood disorders, psychotic disorders, post-traumatic stress disorder (PTSD), anxiety and depression, along with wide experience in general psychiatry. He is also able to provide second opinions.

He has a special interest and his expertise is in the understanding and treatment of bipolar disorders and severe depression. He has been involved in the care of many hundreds of people with this condition. This includes running a specialist treatment unit in Cambridge for treatment-resistant bipolar disorder and depression.

Furthermore, he was involved as founding director of Equilibrium, a bipolar foundation which launched in 2003 as an NGO spin-out from Oxford University Department of Psychiatry. This organisation had a membership network of almost 4000 and contacts from more than 167 countries. Actor Stephen Fry was its international ambassador. The foundation closed in 2015 and between 2007 and 2014, Dr Ogilvie was working part-time with the bipolar foundation and undertaking clinical work the rest of the time as a consultant psychiatrist.

As a keen researcher, Dr Ogilvie has published more than 33 articles on bipolar disorder, depression and ethics,  his work being cited in more than 2800 publications. What is more, he has been a clinical expert adviser to the UK National Library for Health Mental Health Specialist Library. 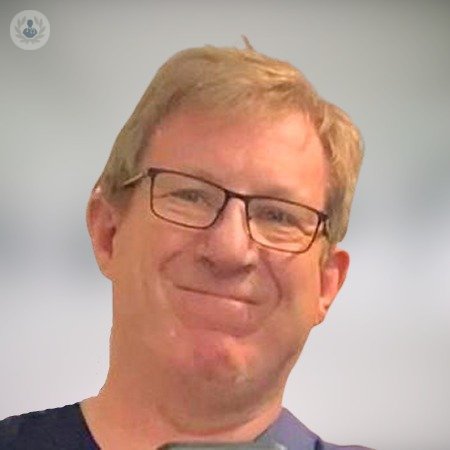 What are mood disorders? There are several types of mood disorder, but all are loosely defined by the fact that your general mood or emotional ...

Index: How is anxiety defined?...

What is depression? Depression is a mental illness characterised mainly by a prolonged and severe feeling of sadness. This feeling is associate...

Not only listens to what is being said but also the way it is said, which makes a huge difference. He also asks for clarification rather than assumes. Overall a great professional whom I would like to thank.

First time with Dr Alan. He identified a few extra issues I have that had been missed over the years. He Was able to offer great advice, comes across very friendly, is easy to talk to and likes the detail of problems you may have to give you the best help

Dr ogilvie was very helpful every time I spoke to him

Excellent doctor, he really listened to me at a time when I felt very unwell, he took time to explain things and gave excellent advice. Also the communication between himself and my GP was very good.

Alan was extremely informative and reassuring. Our appointment with him was a very positive experience despite the despair, which my partner was feeling at the time.

Dr Ogilvie saw me for my initial consultation. I felt listened to and supported. I felt like he swiftly and expertly diagnosed my issue which made me feel very reassured. Thank you Dr Ogilvie!

Dr. Ogilvie was very patient and understanding wrt my state of mind at the time of consultation. I appreciated his thoughtfulness and respect for my situation. I would recommend him as an excellent doctor.

He took time and listened. His advice consultation was clear and practical.

Very easy to talk to and was thorough in his approach. Involves the patient in discussion regarding their care. Highly recommend.

Dr Ogilvie has helped me greatly through an episode of depression. I can’t thank him enough. He is clear, caring, very professional and i felt very safe in his care.

I have seen Dr Ogilvie twice. The first time I was very anxious and in an agitated state. His manner was exactly what I needed at such a difficult time. I was very pleased to have him on my second visit.

Had bipolar disorder for 35 years. Had first appointment with Dr Ogilvie as disappointed with continuity and expertise in NHS treatment. First appointment could not have gone better, his knowledge and understanding of the disorder was very impressive

i particularly appreciated my view of the side-effects of a previous treatment being accommodated and this made me feel much more accepting and willing to comply. The video call was handles sensitively, and Dr Ogilvie was very clear and informative

I can't recommend Dr Ogilvie enough - through his expertise, knowledge, understanding and care I have come through a very difficult and anxious time of my life that my GP had no real clue how to deal with. Thank you Alan very much!

Dr Olgivie is relaxed and made me feel relaxed. His demeanour is caring but also quick to pick up what help and advice I needed. I had a consultation on zoom which was an added bonus. It is less intimidating to be in a space that is familiar to you.

Dr Ogilvie is a great listener has a lot of knowledge and is reassuring , receiving great treatment. I would definitely recommend Doctor Ogilvie , great Bed side Manner , very friendly. Not long waiting time, quick responses.

Dr Ogilvie was very professional and kind. I was nervous at the appointment but his calm and reassuring manner really helped. He explained things clearly and I felt listened too. Thank you .

Dr Ogilvie is very thorough and knowledgeable, I've moved from the United States, and he picked up on my situation very quickly, it is very comforting to see how he has accommodated my situation.

I was so relieved to be able to get an appointment quickly. Dr Ogilvie took a thorough history before explaining the issues and discussing treatment options. I found him to be patient, sympathetic and helpful. I wouldn't hesitate to recommend him.

Dr Ogilvie is very approachable and easy to talk to. He did come up with a treatment plan for my husband when other psychiatrists had failed to help us. I would definitely recommend him to anyone struggling with bipolar disorder.

I've never gone private before, but decided to on this occasion purely due to NHS psychiatry waiting times. Dr Oglivie has been an absolute revelation. After only three 1 hour sessions with him and changed medication I'm already feeling massively better.

Dr Ogilvie helped me in a time when I was feeling helpless. I thought he was very understanding and supportive. He answered all of my questions and gave me hope that with the treatment plan I will get better in no time.

Dr Ogilvie was very kind to offer me an appointment at pretty much the last minute. He was very thorough with the assessment and prescribed me the treatment that, even still early to tell, has already made a big difference.

Had a very rewarding 90 minute consultation with Mr Ogilvie, who I would thoroughly recommend. I was very apprehensive regarding the zoom meeting as I had never used zoom before but it was so simple . Very straightforward

Really happy with the appointment, Dr Ogilvie was extremely thorough and really listened to me. Looking forward to starting new medication.

Really enjoyed Dr Alan, have seen him about bipolar disorders, he have a quite methodical approach that is necessary and attention to detail. After so many bad experiences it's really comforting and I feel that I'm not facing my illness alone.

Dr Ogilvie contacted me the same day I booked my appointment to discuss my needs. I was initially concerned after reading reviews regarding appointments and wait times via TopDoctors. My experience was excellent and I would highly recommend this service.

when my wife recently slipped into a deep depression , we felt we had no where to turn, Alan listened to our situation, gave us a medical plan and advise, wife is now on mend. be patient. nothing will happen overnight.

Dr Ogilvie had an excellent friendly manner, was very thorough and listened to me. I feel confident that the treatment plan help with my bi polar.

Dr Ogilvie helped me overcome a very difficult period and found the appropriate treatment for my depression and anxiety. He is attentive and thoughtful and listened to all of my needs and adjusted my treatment accordingly.

To any patient with a condition treated by Alan, I would wholeheartedly recommend his practice. I found him personable, disarming, pleasant and reasonable. He is knowledgeable and caring, wielding his knowledge effectively, and involving you in decisions.

Dr Ogilvie was easy to talk to and sympathetic to my needs. His understanding of my situation was refreshing and I would recommend him with no question.

Fast appoinent times Via zoom which is so accessible Dr Ogilvie is warm and friendly and made me feel relaxed and able to speak about difficult times. The service has been the best I have ever experienced.

I highly recommend Dr Alan Ogilvie his experience particularly with Bipolar Disorder is second to none. He is the only Dr who has stabilised my husbands Bipolar Disorder after suffering for many years he explains and delivers a quality service .

This website uses cookies to improve your experience while you navigate through the website. Out of these cookies, the cookies that are categorized as necessary are stored on your browser as they are essential for the working of basic functionalities of the website. We also use third-party cookies that help us analyze and understand how you use this website. These cookies will be stored in your browser only with your consent. You also have the option to opt-out of these cookies. But opting out of some of these cookies may have an effect on your browsing experience.
Necessary Always Enabled
Necessary cookies are absolutely essential for the website to function properly. This category only includes cookies that ensures basic functionalities and security features of the website. These cookies do not store any personal information.
Non-necessary
Any cookies that may not be particularly necessary for the website to function and is used specifically to collect user personal data via analytics, ads, other embedded contents are termed as non-necessary cookies. It is mandatory to procure user consent prior to running these cookies on your website.
SAVE & ACCEPT